In a research note released yesterday, Roth Capital analyst Chris Lewis reaffirmed a Buy rating on Nanosphere (NSPH) with a $3 price target ahead of the company’s second-quarter results, which will be reported after the close today.

Lewis added, “Based on peer comparables for high-growing molecular diagnostic companies and NSPH’s above-peer-average growth outlook, we view NSPH shares as undervalued at current levels. We do not believe NSPH’s stock pullback YTD is an accurate reflection of the company’s expanding menu and installed base, and improving underlying execution. With our expectation for revenue growth of 90% in 2014 and 85% in 2015, we believe the stock should be trading more inline with its high-growth diagnostic peer group at ~ 5x 2015 sales, which would imply a stock price in the $2.00-2.50 range”. 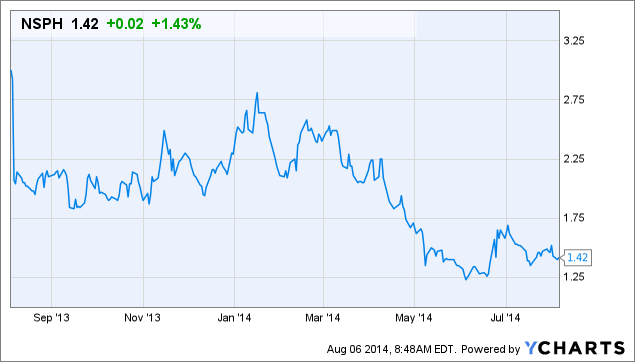