Seymore observed, “After kicking off the 2013 Analyst Meeting suggesting INTC had lost its way, Chairman Andy Bryant began the 2014 edition expressing his belief that the co was once again on track. INTC highlighted its commitment to not only remain dominant in its core markets but committed to “catching up” within Mobile, an expensive proposition even as losses shrink in 2015.

The analyst concluded, “On the whole, as INTC continues to gain share in a stabilized PC market, delivers strong growth in DCG, cuts Mobile losses, and returns significant cash to shareholders, we see further upside in shares.” 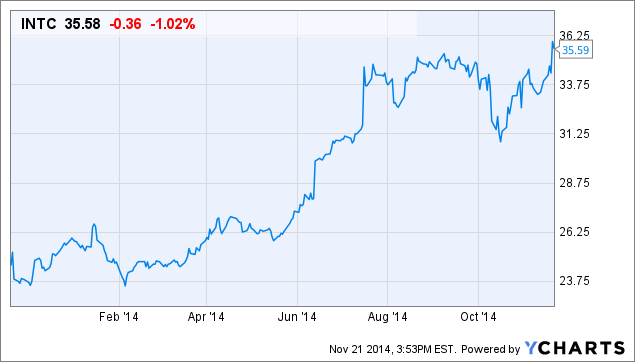