We Continue To View URRE As An Asset Value Play, Says Roth Capital

Reagor wrote: “The company delivered on its goal of reducing costs during the quarter, showing a burn rate of only $1.1 million per month. We continue to view URRE as an asset value play based on our sum-of-the-parts analysis.” The analyst added, “URRE’s cost reductions are clearly taking hold as the company’s cash balance declined only $3.2 million, excluding the $3 million drawn on its credit facility. Additionally, URRE announced it achieved its goal of reducing its cash burn rate to under $1 million per month during July. Management is clearly working to limit nonessential spending while the uranium prices remain suppressed, in our view.” 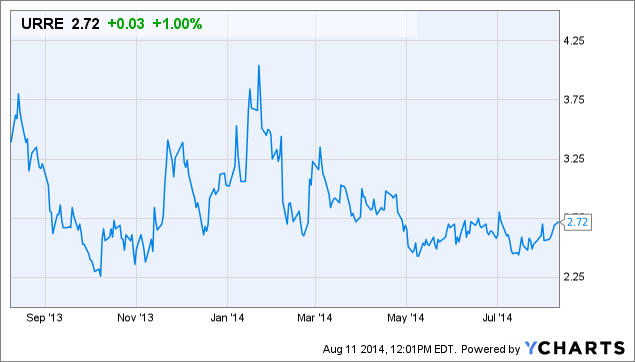 Merger Of Uranium Resources, Inc. And Anatolia Energy Almost Over The Finish Line