In a research report issued yesterday, Roth Capital analyst Joe Reagor maintained a Buy rating on Paramount Gold And Silver (NYSE:PZG) with a price target of $1.45, on the heels of the news that PZG filed its 10-K for its 2014 fiscal year.

Reagor noted, “Given the recent pull back in gold and silver prices the mining M&A market could heat up, in our view. On September 8, 2014 Agnico Eagle Mines (NC-AEM) announced the acquisition of Cayden Resources (NC- TSX-V:CYO). Given our view of PZG as a potential takeout candidate, we believe this announcement by AEM is positive and could be the beginning of another surge in M&A.” Reagor continued, “We made no significant changes to our modeling of PZG following its filing of its 10-K other than an increased share count and cash balance compared to previous estimates. We continue to view PZG as a takeout candidate.” 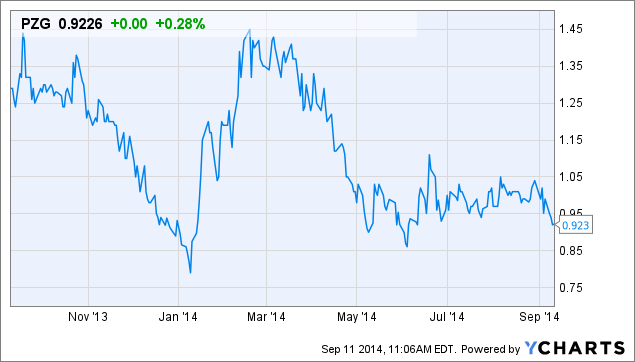