Pharmacyclics (PCYC) yesterday announced 2Q14 results, posting EPS of ($0.49) and revenue of $113.0 million. In the last week, Imbruvica received full approval in the U.S. and a positive opinion from the European CHMP, signaling that E.U approval could come in 2-3 months.

As a result, Roth Capital analyst Joseph Pantginis today reiterated a Buy rating on PCYC with a $183 price target, as he believes that PCYC and partner Janssen (JNJ) will deliver a strong success story with Imbruvica, both in current indications and as the profile of the drug possibly expands, going forward. The analyst also believes that PCYC shares are positioned for growth. 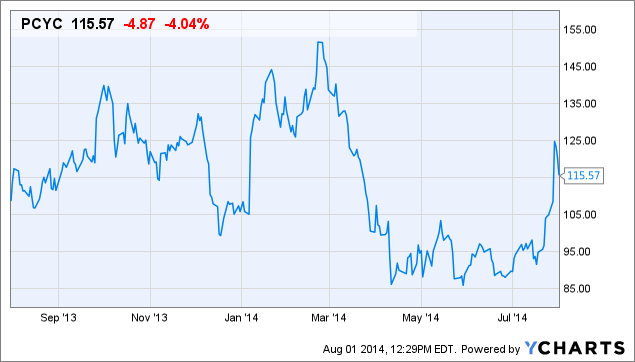