In a research note released this morning, H.C. Wainwright reiterated coverage on Vertex Pharmaceuticals (VRTX) with a Buy rating and a price target of $105.00.

H.C. Wainwright analyst Andrew Fein noted, “In our view, VRTX shares will outperform the biotech sector from their current trading level based on the positive perception and prospects of its CF franchise in general, and specifically on: 1) rising investor confidence on the statistical/clinical success of the ongoing VX-809 Phase 3 study; 2) overflow enthusiasm from rest of its CF pipeline (VX-661 combo); 3) anticipation of regulatory “sympathy” and approval upon trial success (Breakthrough Therapy Designation granted by FDA to both VX-809 and VX-661); 4) anticipation of quick commercial uptake upon regulatory approval, thanks to a close relationship with CFFT and VIP status in the CF community due to Kalydeco launch. Our conviction for the longer term value of VRTX shares relies on the assumption that the company has learned strategic lessons after being upstaged by early assets in the HCV market, and will apply these lessons to aggressively support its CF franchise by consuming early-stage threats which are already proliferating in competitor pipelines”.

According to TipRanks, which measures analysts and bloggers success rate based on how their calls perform, analyst Andrew Fein, who covers VRTX, currently has a one-year average return of 7.1% and a 64% success rate, and ranked #1244 out of 3102 analysts. 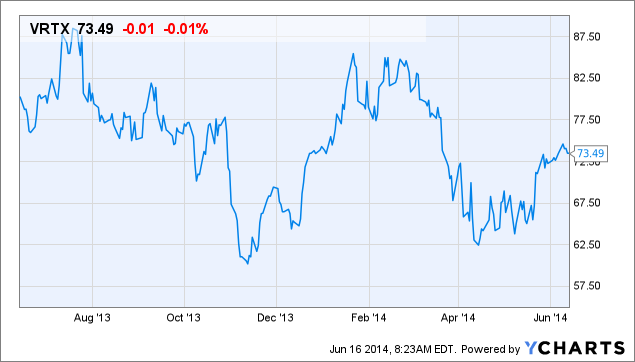