Vertex: If Royalty Rights Sold for $3.3B, How Much Is the CF Franchise Worth? Maxim’s Jason Kolbert Answers

In a research report published Monday, Maxim Group analyst Jason Kolbert reiterated a Buy rating on Vertex Pharmaceuticals (NASDAQ:VRTX) and raised his price target to $148 (from $122), which represents a potential upside of 25% from where the stock is currently trading.

Kolbert wrote, “The Cystic Fibrosis Foundation sold its royalty stream from Vertex to Royalty Pharma (private) for $3.3B. We see this valuation as an indicator that the CF franchise may be larger than we thought. So how much is it actually worth?” “

“We have spent time reworking our model to reflect Vertex guidance for YE2014, as well as to evaluate how the expansion of CF coverage to F508Δ homozygous with the ivacaftor/ lumacaftor roll-out coming in 2015 will impact revenues–a significant jump from 4,000 gating mutations.” 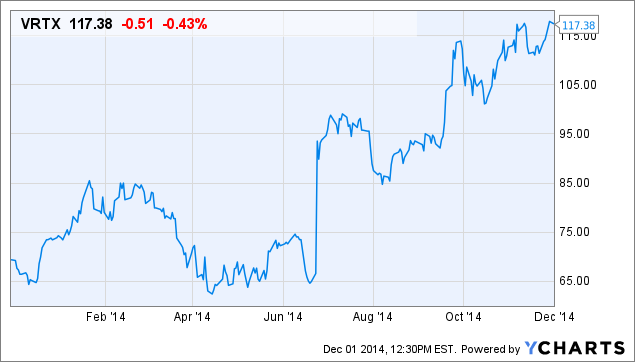