Miller wrote, “Verizon reported solid Q4/14 operating trends that we believe demonstrates the company is more than capable of gaining market share in an increasingly price competitive environment. Elevated wireless churn in Q4/14 was clearly the result of incremental competitive pressures and very likely due to delays in preparing customer service representatives for the onslaught of retaining existing customers in search of the best deal, in our opinion.”

The analyst continued, “Given the realignment of Verizon’s offers in the quarter as, well as other adjustments, we do not believe such elevated levels of wireless subscriber churn will persist throughout the year. However, we do expect to witness slight compression on wireless services margins that will likely be at least partially offset by better than initially expected wireline margins such that the company can retain flattish overall EBITDA margins in 2015 when compared with 2014 on sub-4% annual revenue growth. In a US wireless market that is clearly becoming more competitive in 2015 relative to 2014, we continue to believe Verizon remains the safest pick for longer-term investors.” 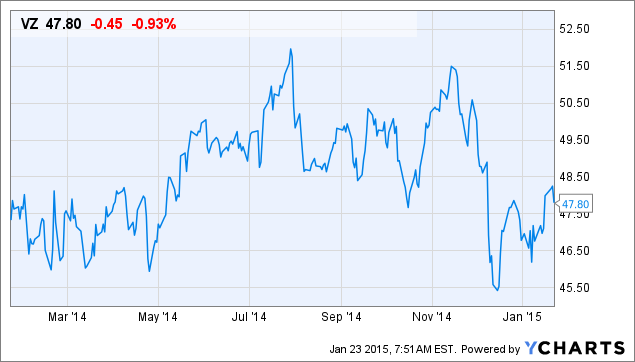