In a research report issued today, Wedbush analyst Liana Moussatos reiterated an Outperform rating on Regulus Therapeutics (NASDAQ:RGLS) and raised the price target to $39 (from $23), which implies an upside of 170% from current levels.

The raise comes after the company announced additional results from its ongoing four-part phase 1 trial testing RG101, a GalNac-conjugated anti-miR targeting microRNA-122 (miR-122), as a treatment for HCV.

Moussatos wrote, “RG-101 continued to show broad activity across genotypes and with Interferon-relapsed patients. However, new data showed that even late-stage liver fibrosis (scarring) patients responded (the thought would be that later stages don’t respond as well, but here they did), suggesting the liver may be regaining its health and activity after RG-101 knocks down HCV viral load. This is important given that current Hepatitis C treatment guidelines require a patient to show signs of disease progression (liver damage or uncontrolled viral load) before they can be treated. This suggest RG-101 may be the preferred core therapy, given its ability to improve liver health, which may improve overall patient outcome. As with the 2 mg/kg dose, there were no serious adverse events reported at the higher dose.”

Regulus Therapeutics Inc., a biopharmaceutical company, focuses on the discovery and development of drugs that target microRNAs for the treatment of various diseases in the United States. 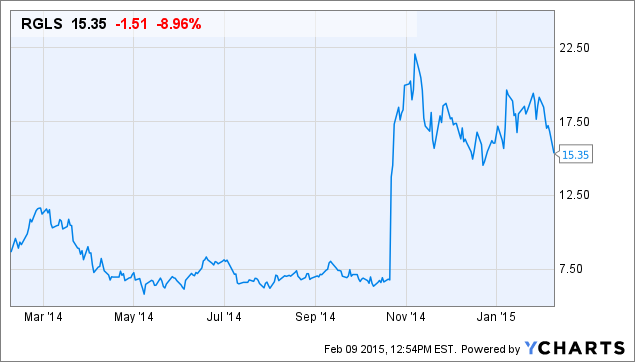