In a research report published Monday, Roth Capital analyst Scott Henry reiterated a Buy rating on Catalyst Pharmaceutical (NASDAQ:CPRX) with a $6.00 price target, as the company announced that it had a “productive” pre-New Drug Application (NDA) meeting with the FDA regarding Firdapse for the treatment of LEMS. Based on this meeting, the company believes that the phase 3 clinical program will support a regulatory submission.

Henry wrote, “The company confirmed that it expects to complete a full NDA submission during 3Q15. This is in-line with our expectations. Investors should note that this is a preliminary account of the meeting based on CRPX’s point of view. Formal minutes should be available in the coming weeks.”

The analyst added “During the meeting, “potential paths forward for one type of congenital myasthenic syndrome were also discussed.” This could potentially lead to an expanded label of the current NDA. We estimate that this could expand the addressable market by as much as 50%.” 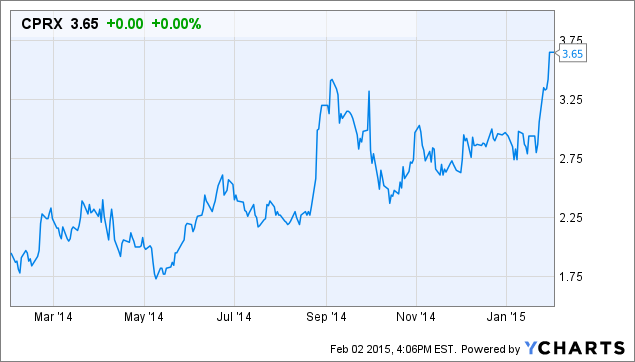