RBC Captial analyst Mark Mahaney is weighing in with his thoughts on Alibaba Group (NYSE:BABA), following the company’s fiscal third-quarter results, posting revenue of 26.2B RMB that came in above RBC’s 25.8B RMB but below Street’s 27.5B RMB estimate. The analyst reiterated an Outperform rating on the stock, but reduced the price target to $115 (from $130), which reflects a potential upside of 28% from today’s closing price.

Mahaney wrote, “The major delta vs. Street was China Commerce revenue – GMV was in line, but monetization was lower and down 10% Y/Y (from 3.05% to 2.70%) due to ongoing Mobile mix shift & PC user experience experiments. Revenue miss would have been greater except for acquisition-influenced Other revenue beat. So this was a Low Quality Revenue Miss. EBITDA and EPS beat RBC and Street on better than expected opex controls, tho Gross Margin came in lower than expected.”

Alibaba Group Holding Limited, through its subsidiaries, operates as an online and mobile commerce company in the Peoples Republic of China and internationally. 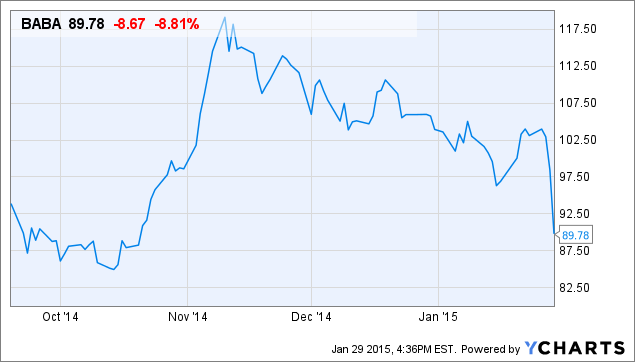