In a research report released short while ago, RBC Capital analyst Mark Mahaney reduced his price target on Alibaba Group Holding Ltd (NYSE:BABA) to $80 (from $91), following management comments at a recent investor conference. Alibaba indicated GMV growth in the September quarter is mid-single digit % lower than initially anticipated as China macro issues are having an impact on average order values (AOV). However, at this point, the analyst is still keeping the rating at Outperfom.

“While we are less bullish at the margin, we continue to view BABA as the dominant Chinese eCommerce platform with robust Buyer/GMV growth and healthy margins. We see BABA as having significant option value in non-retail revenue streams, int’l expansion, and a series of major strategic investments. Also, we view this as a very effective mgmt team,” the analyst added.

Out of the 34 analysts polled by TipRanks, 31 rate Alibaba Group stock a Buy, while 3 rate the stock a Hold. With a return potential of 57.5%, the stock’s consensus target price stands at $98.45. 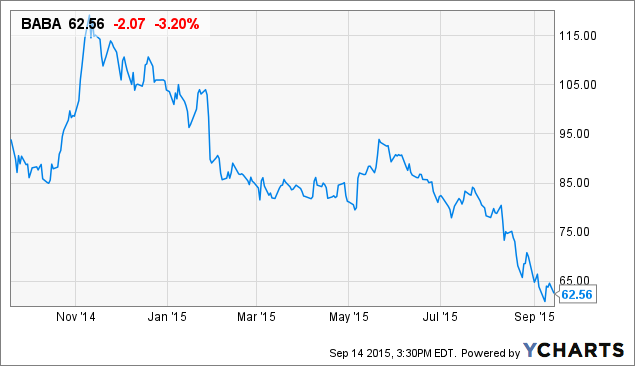