In a research report issued today, MLV & Co. analyst Carter Driscoll reiterated a Buy rating on Tesla Motors (NASDAQ:TSLA) with a price target of $300, even though the company’s fourth-quarter results missed expectations with revenues of ~$1.1Bn and non-GAAP EPS of ($0.13).

Driscoll wrote, “Delivery constraints for the Model S P85D, onetime manufacturing inefficiencies and F/X headwinds all contributed to the shortfall. However, TSLA stated that ~1,400 vehicles that would have shipped in 4Q14 slipped into 1Q15 because of shipping delays, poor weather, etc.; meaning production remains the limiting factor, not demand. Management expects at least 70% y/y unit growth in 2015, implying at least 55,000 cars (both S and X) will be delivered. More importantly the Model X remains on track for 3Q14 release. The gigafactory build out also remains on track with multiple discussions with potential partners ongoing.”

The analyst continued, “TSLA also stated they expect to generate positive cash flow in late 2015 assuming the Model X production ramps as they anticipate. TSLA downplayed the significance of the uneven start to sales in China (rebuffing media attention), stating that new local leadership is addressing misperceptions about the ability to charge EVs and other factors. Musk reiterated that TSLA could reach its 2015 delivery goals without any contribution from China. While 4Q had a lot of “noise”, two things stand out – demand is strong and the Model X is on track.” 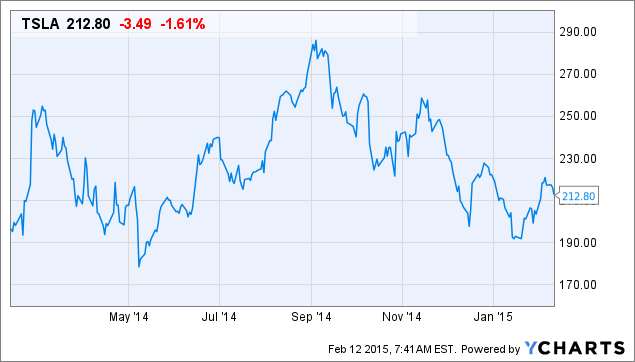