In reaction, MLV analyst George Zavoico is out with a new research note on CERS, reiterating a Buy rating with a price target of $10/share, which implies an upside of 46% from current levels.

Zavoico noted, “Although INTERCEPT Plasma’s approval boosted our confidence in INTERCEPT Platelets’ U.S. approval, its early arrival was a surprise. We now project U.S. market launch of both products by mid-2015 after a few months of pre-commercial preparations including process validation and enduser education. Cerus plans to reveal its U.S. commercial strategy and to provide revised revenue guidance during its year-end 2014 call in late February 2015. We reiterate our BUY rating and $10 one-year price target for Cerus Corp. as INTERCEPT Platelets’ U.S. approval was fully priced into our valuation.” 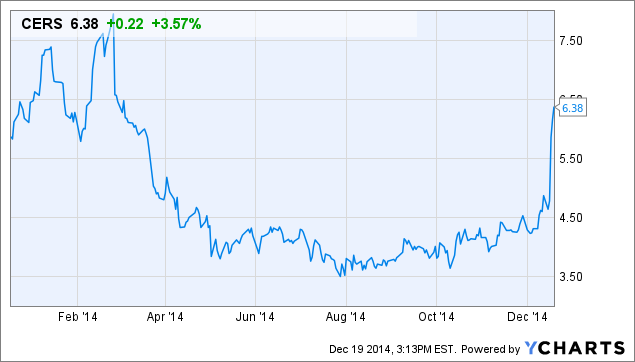