UPDATE: MLV Raises Cerus Price Target On The Back Of FDA Approval

MLV analyst George Zavoico is out again today with a new research note on Cerus (NASDAQ:CERS), raising his price target to $10 (from $7), while maintaining a Buy rating on the stock. The new price target represents a potential upside of 79% from where the stock is currently trading.

Zavoico explained, “Yesterday’s FDA approval of INTERCEPT Blood System for Plasma greatly diminishes the uncertainty regarding marketing approval of Cerus Corp.’s other INTERCEPT products, in our view. In particular, we project that approval of INTERCEPT Platelets will occur within several weeks; possibly this year but more likely well before the end of 1Q:15. On this morning’s conference call, Cerus noted that sales representatives are in place and launch preparations are well underway.”

The analyst added, “While we await guidance from Cerus on launch timing and 2015 revenue projections on their next earnings call in 2015, we are projecting the first notable uptick in product revenue from U.S. sales to occur in 3Q:15.” 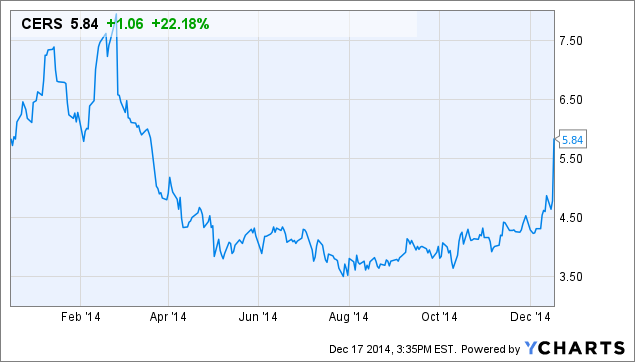