In a research report published today, Maxim Group analyst Jason Kolbert reiterated a Buy rating on Inovio Pharmaceuticals (NASDAQ:INO) with a price target of $18, as Inovio and Roche announced that their collaborative agreement for INO-5150 has been terminated.

Kolbert commented: “The original license deal really was two deals, two divisions merged into one. As such we reduce the deal to half, or now see half the potential ($400M goes to $200M) and we revise our milestones accordingly. The reality is that these changes are not significant to our outlook for Inovio, at least in terms of our 1-year valuation estimates. Inovio explained to us that Roche’s operations tend to be siloed and for complex reasons the prostate cancer program’s importance to Roche has fallen while HBV remains a priority. Inovio regains control of the product and plans to continue development, starting a phase I trial in 1H15.” 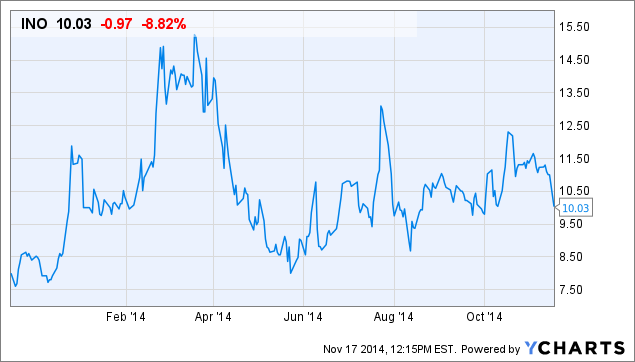