Vertex Pharmaceuticals Incorporated (NASDAQ:VRTX) shares are up 8% in after-market trading after the FDA’s advisory committee panel recommended for approval the company’s ORKAMBI cystic fibrosis treatment. By a vote of 12 to 1 the Panel concluded that the benefits of ORKAMBI outweigh the potential risks.

In response, J.P. Morgan analyst Cory Kasimov came out with a research note, reiterating an Overweight rating on VRTX, with a price target of $138.

Kasimov stated, “Things got dicey for a moment or two, but in the end an FDA Advisory Committee voted almost unanimously—and as expected—to approve Orkambi (‘809/Kalydeco combo) for F508del homozygous cystic fibrosis patients. While the voting panelists felt there was not enough information to appropriately compare the combo with Kalydeco monotherapy, the combo showed clear efficacy with a manageable safety profile.”

The analyst continued, “Overall, we are not surprised by today’s positive vote given the high unmet need of CF patients and the lack of current treatments. We remain confident in approval of Orkambi on/before the July 5th PDUFA and estimate peak sales potential of ~$5B. Bottom line, with a largely derisked and dominant CF franchise, several pending value-creating catalysts, a cash cushion of ~$1.2B, and earnings leverage following an estimated turn to profitability in late 2015, we see the potential for additional meaningful upside in VRTX.” 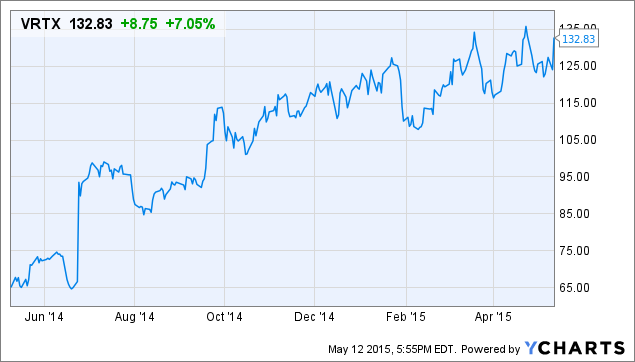