In a research report sent to investors a short while ago, J.P. Morgan analyst Cory Kasimov maintained an Overweight rating on Gilead Sciences (NASDAQ:GILD) with a price target of $117, following the news that GILD has made an exclusive deal with CVS Health (NYSE:CVS), giving GILD’s HCV portfolio (Sovaldi/Harvoni) preferred status relative to ABBV’s Viekira Pak.

Kasimov noted, “This is clearly a positive, albeit unsurprising, development for GILD following the exclusion of its drugs from ESRX’s formularies as announced in late Dec. We think this news should go a long way toward easing fears (which we felt were somewhat overblown to begin with) around GILD’s longer term market share, though we do still expect these exclusive deals will come at the expense of price (via gross-to-net adjustments).”

The analyst concluded, “We’ve been modeling for significant price erosion in the HCV marketplace prior to these announcements, thus while exclusion of products from formulary is a bit more drastic than we had been expecting (this time in GILD’s favor), we don’t think the effects are likely to be that different relative to our expectations.”

The bottom line, “while we acknowledge noise around pricing/formularies could cause some volatility, we still see GILD as well positioned with potential for longer term optionality driven by its immense cash flow generation.” 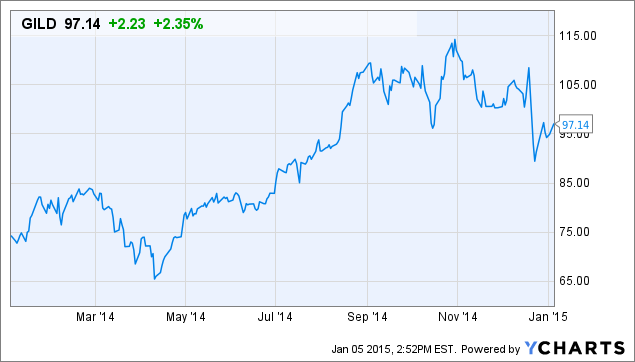