In a research report published Friday, Imperial Capital analyst Bob McAdoo reiterated an Outperform rating on shares of Virgin America Inc (NASDAQ:VA), and reduced the price target to $45 (from $52) which represents a potential upside of 56% from where the stock is currently trading.

McAdoo explained, “We continue to view Virgin America as an attractive investment for small to mid cap investors looking for exposure to the U.S. airline sector. Recent results and management guidance suggest the company will continue to attract a modestly upscale crowd that appreciates and is willing to pay a premium for its modern style and amenities. The company has previously demonstrated head-to-head successes against legacy and traditional low cost airlines in both transcon and short haul markets.”

The analyst further commented, “We believe the company’s ability to garner a revenue premium vs. peers will persist as VA continues to add new markets. Beyond its newly announced SFO-Hawaii service, we see additional potentially profitable future route opportunities in various East Coast markets as well as to the Caribbean, against JetBlue and the legacy carriers. Our $45 price target represents a slight valuation discount to traditional low cost carrier peers, reflecting the company’s relatively short history of profitable operations.” 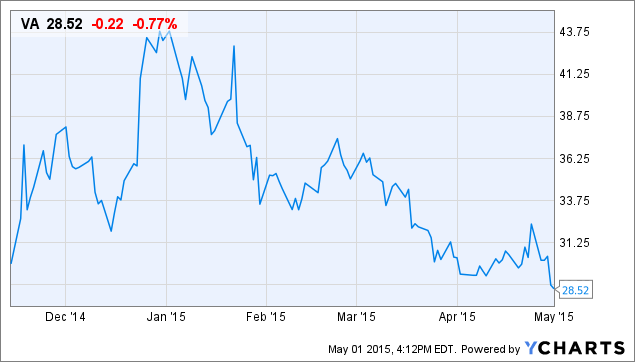