In a research report released Tuesday, Cantor analyst Youssef Squali assigned a Buy rating on Twitter Inc (NYSE:TWTR) with a $58 price target, as the company reported 3Q:14 results, which topped guidance and consensus estimates for both revenue and EBITDA, but met on EPS.

Squali wrote, “While management hinted at stabilization in user engagement in 4Q Y/ Y, re-acceleration in this key metric is likely to take time as the company tries to influence it through improvements to the user experience and content, and by introducing new apps and services. Twitter continues to be under-monetized relative to peers, and with the potential to effectively target a massive base of non loggedin users, we see meaningful upside potential over time.” 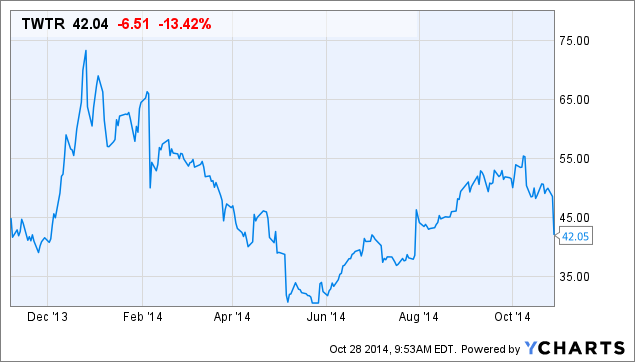