Lyon commented: “We came away incrementally more positive on the progress LULU is making in its recovery. The business appears to have stabilized and the team is focused on building on the momentum from 2014 into 2015 which should continue to see improved product assortments and presentations in pants and tanks.”

“That said, we believe there is more work to be done for it to recapture the comp and margin levels of years past. Moreover, we believe the stock has run too far too fast and would prefer to take a more constructive stance on it at lower levels.”

According to TipRanks.com, which measures analysts’ and bloggers’ success rate based on how their calls perform, analyst Camilo Lyon has a total average return of 8.8% and a 57.0% success rate. Lyon has an -15.9% average return when recommending LULU, and is ranked #423 out of 3420 analysts. 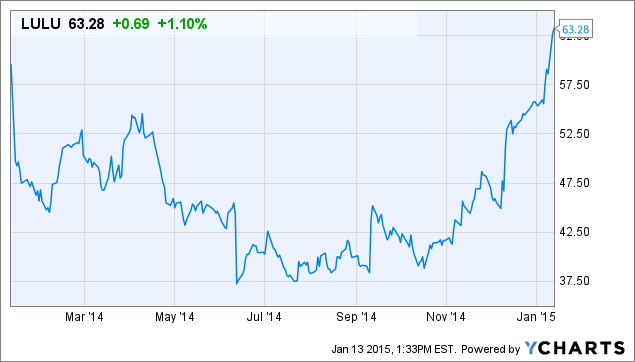