In a research report released Monday, Brean Capital analyst Difei Yang maintained a Buy rating on Zogenix (NASDAQ:ZGNX) with a $2.50 price target, as the company announced that it has received FDA approval of a new formulation of Zohydro ER (hydrocodone bitartrate Extended-Release Capsules), with BeadTek. This modified formulation of Zohydro ER (hydrocodone bitartrate) is intended to make the product more difficult to abuse by injection and nasal inhalation.

Yang noted, “While we do not expect the approval would cause a jump in share price upon opening on Monday morning, we view the approval as incrementally positive as it puts Zohydro ER on equal footing with competitive products, in particular, Purdue Pharma’s Hysingla product. We believe this positive event will eventually translate to prescription growth and then to share price improvement.”

The analyst added, “We believe the company is under-appreciated by the market, in particular relative to its low-risk R&D pipeline. In 2015, we see a number of catalysts that could lift the shares out of their current depressed state: 1) Zohydro ER uptake; 2) potential business development deal announcements to either expand revenue or reduce costs; 3) successful capital raise; and 4) start of Phase III trials for Dravet syndrome during Q3 2015.”

Zogenix, Inc., a pharmaceutical company, develops and commercializes therapies for the treatment of central nervous system disorders and pain. 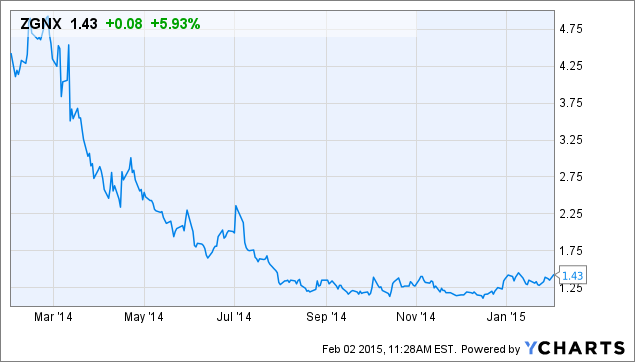