In a report issued yesterday, Canaccord Genuity analyst John Newman assigned a Hold rating on shares of AcelRx Pharmaceuticals (ACRX) with a price target of $8, following ACRX’s Zalviso CRL. Zalviso is a drug-device combination product being developed for moderate to severe in-hospital pain.

Newman noted, “We are unclear if AcelRx can address optical errors for Zalviso without conducting at least some human clinical work. AcelRx believes bench testing will suffice, but we await feedback from a meeting with FDA in the coming months. Importantly, AcelRx will modify a push rod to reduce friction of the dispenser against the hub. Also, although 7 tablets were “misplaced” during studies, FDA does not seem directly concerned with diversion. He continued, “We expect AcelRx to meet with FDA in ~2 months, and await clarity on exactly what data will be required for resubmission, especially to address optical errors.

According to TipRanks.com, which measures analysts’ and bloggers’ success rate based on how their calls perform, analyst John Newman has a -4.9% average return and a 59% success rate. King has a -40.1% average return when recommending  ACRX and is ranked #2719 out of 3003 analysts. 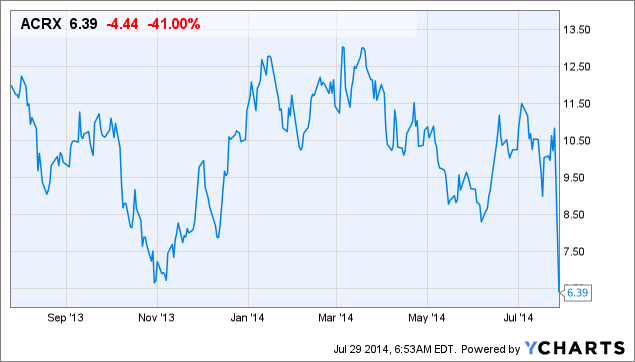