Brean Capital’s healthcare analyst Difei Yang weighed in today with a favorable report on Zogenix, Inc. (NASDAQ:ZGNX), after a study by scientists at UCSF was recently published in the eNeuro journal. According to the analyst, the publication is incrementally positive for Zogenix. While unlikely to be a major share moving data point, Yang believes that the new data likely helps investors to gain further confidence in the pending Phase III trial of ZX008.

Yang noted, “The UCSF data confirms the potential mechanism of action of fenfluramine in the treatment of Dravet syndrome. However, only a well-controlled study, as planned by Zogenix, can prove the efficacy of fenfluramine. Understanding the mechanism of action is important to gain confidence regarding the potential efficacy, but it cannot replace a Phase III study, in our opinion. Our understanding of the FDA regulation is that understanding the mechanism of action, while highly preferred, is not a requirement for approval. Because of our strong conviction that ZX008 will demonstrate efficacy in a Phase III trial based on available clinical data as well as pre-clinical data, we would recommend purchase of ZGNX shares ahead of the Phase III study.”

Yang reiterated a Buy rating on Zogenix shares, with a price target of $28, which implies an upside of 49% from current levels.

According to TipRanks.com, which measures analysts’ and bloggers’ success rate based on how their calls perform, analyst Difei Yang has a total average return of 9.7% and a 49.5% success rate. Yang has a 61.9% average return when recommending ZGNX, and is ranked #512 out of 3765 analysts.

Out of the 4 analysts polled by TipRanks, 3 rate Zogenix stock a Buy, while 1 rates the stock a Hold. With a return potential of 38%, the stock’s consensus target price stands at $26. 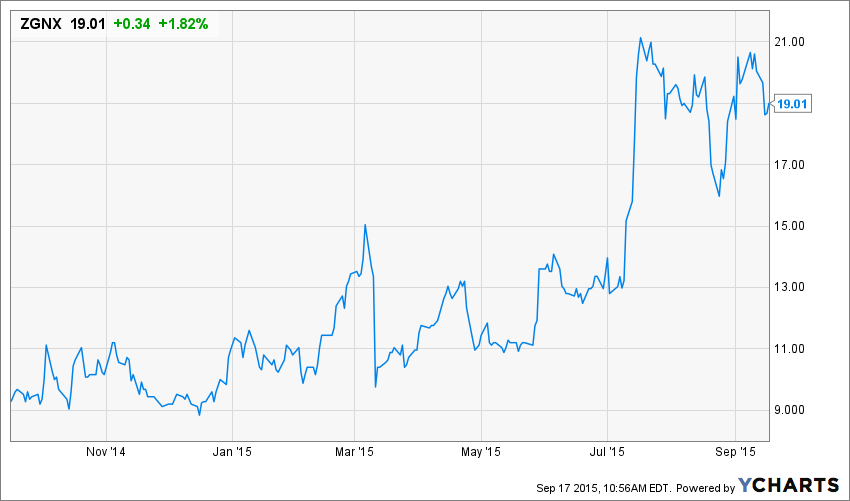