In a research report issued today, UBS analyst Jason DeRise assigned a Neutral rating on United Natural Foods (NASDAQ:UNFI), and reduced his price target to $68 (from $70), following the release of the company’s financial results for the fiscal quarter and fiscal year ended August 2, 2014.

DeRise observed, “Headlines showed revenue and EPS beats, but we believe this was not comparable to consensus. Consensus did not include the Tony’s Fine Foods (TFF) acquisition. Ex-TFF, it would have missed. Sales growth before acquisitions was 11.6% y/y, slowing -100bps from Q3, including a steep decline in July (and continued in August before recovering in September). Excluding a $4.8m gain, not in consensus, UNFI missed EPS by ~7%.” 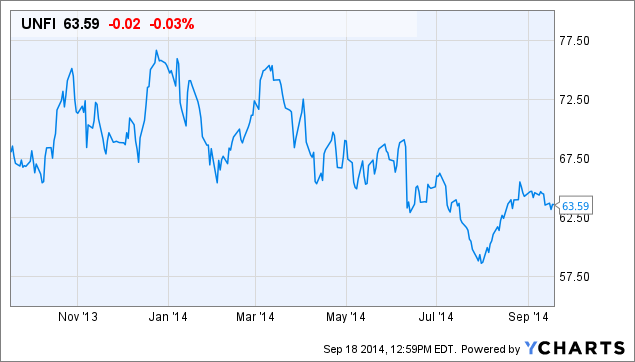 Are These 3 Sell-Rated Stocks Wildly Overvalued?