UBS analyst Steven Milunovich weighed in with a favorable report on Apple Inc. (NASDAQ:AAPL), following data collected by the UBS Evidence Lab iPhone Monitor, revealing that iPhone demand came in at above the Street consensus. The analyst rates the stock a Buy, with a price target of $150. With Apple shares last trading at $132.47, Milunovich’s price target implies potential upside of about 6 percent.

Milunovich stated, “The UBS Evidence Lab iPhone Monitor initially pegs June quarter iPhone demand at 51.1mn units, above the Street consensus estimate of about 45mn. The Monitor tracks consumer demand (sell-through) while Apple reports sell-in. Consequently, we adjust for supply issues and channel inventory changes that would create a difference between the reported figure and the Monitor’s reflection of demand. We are raising our sell-in estimate from 43mn to 48mn units for the June quarter, resulting in a 1.4% increase to our F15 EPS estimate from $9.04 to $9.17.”

Furthermore, “Our model considers historical shipment data from 20 different countries and regions for which Google search values are established to forecast near-term demand. The data through May 2 estimates 23% YoY growth in global search volume and indicates continued strength in China with more than a 100% estimated search volume increase using a bottom-up methodology. The model tends to overweight Greater China—last quarter the Monitor overshot on China’s contribution by about 9%—but has been directionally correct.” 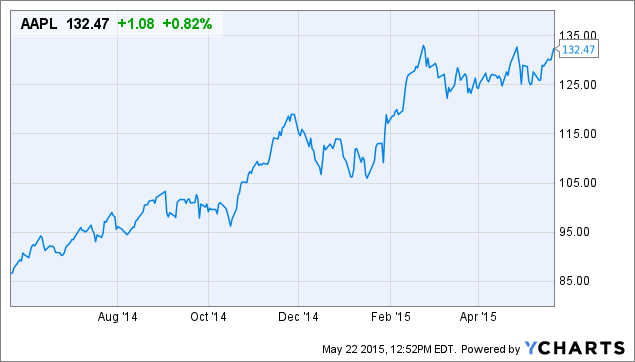