The analyst wrote, “We were not surprised to see shares outperform today following solid 3Q earnings. Although ASV and user growth rates are still below levels from a few years ago, growth accelerated nicely in the 3Q and seemingly confirmed what we believe many investors expected; namely that current macro trends lend themselves to increased demand for FDS’s products. As such, we believe that a recent acceleration in buy-side hiring and spending on technology played a role in FDS’s buy-side ASV nearly returning to doubledigit y/y growth. The fact that management also noted that several client wins came against entrenched competitors should further instill confidence in investors. While it is encouraging to see solid growth returning, FDS is already one of the more expensive names in our coverage, so we remain on the sidelines for now”.

According to TipRanks, which measures analysts and bloggers success rate based on how their calls perform, analyst David E. Strauss, who covers FDS, currently has a one-year average return of 19.9% and a 85% success rate. He is ranked #327 out of 3112 analysts. 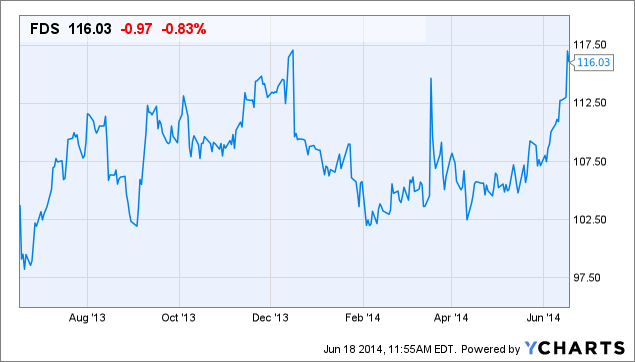 These 15 Stocks Could Double Their Dividends