Twitter: Are The Major Events In 4Q Driving MAU Growth? Topeka Says ‘No’

In a research report published today, Topeka Capital analyst Victor Anthony maintained a Buy rating on Twitter Inc (NYSE:TWTR) with a $60 price target, which implies an upside of 63% from current levels.

Anthony wrote, “In 4Q, we have had five major events that have played out on Twitter – 1) the Ebola crisis, 2) the U.S. Midterm elections, 3) Cyber shopping days, 4) the Ferguson, MO Grand Jury decision, and 5) the Staten Island, NY Grand Jury decision, with the latter two continuing to drive Tweets today. We are certain that these five events have driven up material engagement on Twitter based on our own observations of trending hashtags and Tweets per minute. However, given Twitter’s size, it is unlikely that these five events, collectively, will drive-up MAUs materially to overshoot the implied 4Q MAU net adds guidance.” 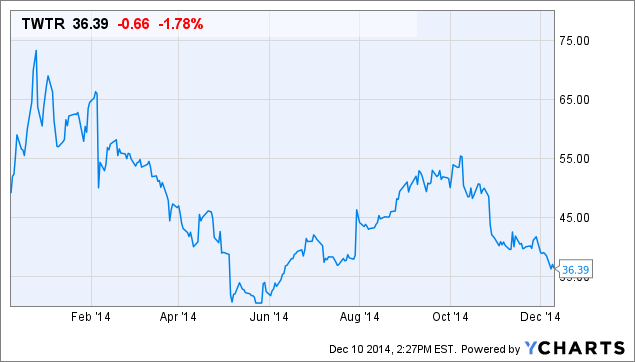