Helfstein wrote, “While Zillow remains the clear leader in US online real estate based on its overwhelming traffic statics, we remain uncertain on long-term margins, given the integration of Trulia agents onto Zillow’s pricing model, and increased competition from NewsCorp’s realtor.com. On its call, Z acknowledged that 2H presents the highest amount of uncertainty in its history, with respect to agent migration, while SCOR data shows realtor.com is gaining share.”

According to TipRanks.com, which measures analysts’ and bloggers’ success rate based on how their calls perform, analyst Jason Helfstein has a total average return of 10.6% and a 50.3% success rate. Helfstein is ranked #321 out of 3724 analysts.

Out of the 14 analysts polled by TipRanks, 7 rate Zillow Inc. Cl stock a Buy, 6 rate the stock a Hold and 1 recommends Sell. With a return potential of 59.2%, the stock’s consensus target price stands at $124.36. 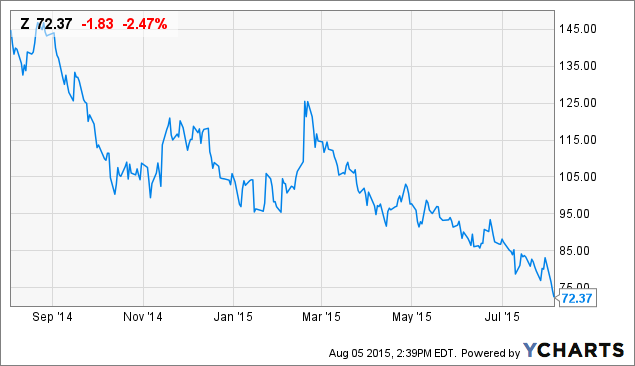