Trina Solar: Sentiment In The Stock May Remain Weak Over The Near-Term, Says Roth Capital

Shen noted, “We’ve decreased our estimates on lower volumes and weaker ASPs, and we expect consensus estimates to come down as well. With the lack of visibility in the Chinese market and uncertainty of economics in the US given a potential US/China trade war compromise, sentiment in the stock may remain weak over the near-term.” The analyst continued, “TSL posted a Q2 revenue/shipment miss and issued weak Q3 GM guidance. Given the revised outlook, we expect consensus estimates to be lower. Additionally, sentiment in the stock will likely remain challenged until the outlook for the Chinese and US markets improves. When the demand in China comes back in full force (as we expect) and when a US/China trade war compromise is reached (as we expect), we believe TSL will be well positioned in each market.”

According to TipRanks.com, which measures analysts’ and bloggers’ success rate based on how their calls perform, analyst Philip Shen has a total average return of 4.5% and a 46.4% success rate. Shen is ranked #1144 out of 3264 analysts. 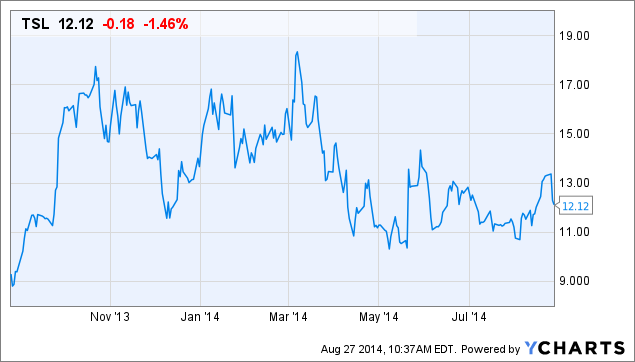