Anthony noted, “Revenues of $247.1mm, +54% YoY, were $18.7mm or 8% ahead of our estimate. Organic (ex-Adap.TV) growth accelerated 1% to 20% YoY. Adap.TV’s growth rate was very strong sequentially. OIBDA loss of $5.0mm was slightly higher than our $2.3mm loss estimate, but recall management guided for profitability in the back-half”. Anthony continued, “We now view Platforms as AOL core’s business and investors buying into AOL are buying into a $1B-plus revenue asset that is growing 20%-plus organically, despite intense competition, and is on-track for profitability”. 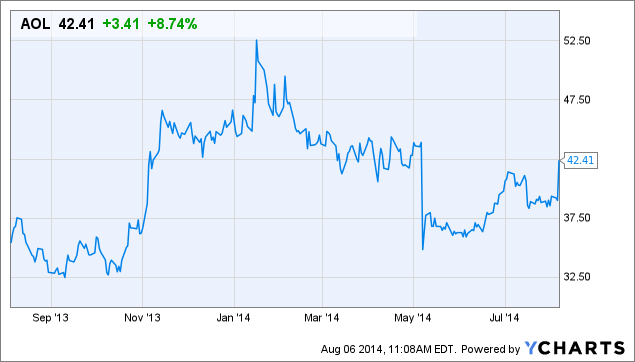