Anthony wrote, “Twitter’s World Cup interactivity, which we see as a template for future live events, was likely helpful from an engagement standpoint. More significant, however, is our read from third-party sources suggesting stronger April and May user activity on Twitter. Moving forward, we believe the iPhone 6 upgrade should add to user activity on the site. We model 269mm MAUs for 2Q14, which we think is achievable”.

According to TipRanks, which measures analysts and bloggers success rate based on how their calls perform, analyst Victor Anthony currently has a one-year average return of 21.1% and a 75% success rate. Anthony has a -11.3% average return when recommending TWTR, and is ranked #63 out of 3154 analysts. 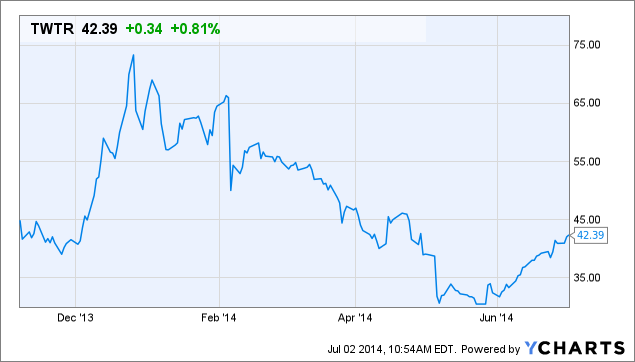