Topeka Capital Raises Yahoo! Price Target On The Back Of Tumblr’s Growth

In a research report issued today, Topeka Capital analyst Victor Anthony maintained a Buy rating on Yahoo! (NASDAQ:YHOO) with a $60 price target, which represents a potential upside of 17% from where the stock is currently trading.

Anthony wrote, “Tumblr is an under-appreciated asset within core Yahoo but is growing nicely in both users and revenues and is expected to turn a profit in 2015. While Instagram is garnering all the spotlight (rightfully so), we see Tumblr elevating its status over the coming year and its rising value reflected in core Yahoo’s valuation as the monetization story builds.”

Furthermore the analyst said, “We are increasing our 2015 estimates on momentum in key areas at core, recent cost cutting initiatives, and the addition of Brightroll. We await the next catalyst on a plan for tax efficient monetization of the Asian assets, expected between now and the announcement of 4Q results. The announcement will be a catalyst for the shares.” 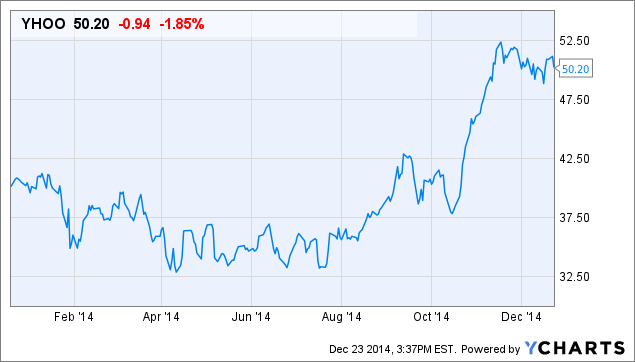