In a research report issued yesterday, William Blair analyst Nicholas Heymann reiterated a Market Perform rating on General Electric (NYSE:GE) with a price target of $30.00. In his report, the analyst points out that the company’s power-and-water as well as oil-and-gas businesses are likely key factors for GE’s quest to return to solid organic sales and EPS outperformance in 2016.

Heymann noted, “We remain highly encouraged about the potential for GE’s fundamental prospects to return to double-digit EPS growth in 2016 and believe GE shares offer minimal downside supported by their well-above-average 3.4% yield pending the outcome of three significant changes in GE’s portfolio.” And concludes with the valuation: “We maintain our EPS estimates for 2014 to $1.70 and for 2015 of $1.85. Our 12-month price target for GE is also unchanged at $30 per share, which assumes GE’s shares trade at a 5% relative P/E premium to the market, based on our 2014 EPS estimate of $1.70 and FactSet’s 2014 estimates S&P 500 P/E ratio of 16.7 times (versus 16.6 times prior).”

According to TipRanks.com, which measures analysts’ and bloggers’ success rate based on how their calls perform, analyst Nicholas Heymann has a total average return of 3.3% and a 66.7% success rate. Heymann is ranked #2323 out of 3277 analysts. 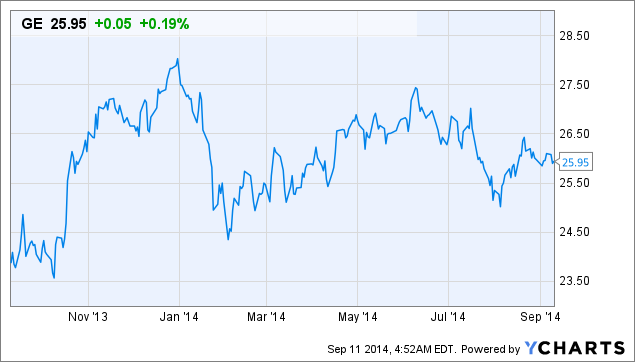