These Catalysts Could Drive Upside for Twitter Inc: Axiom

Axiom analyst Victor Anthony weighed in today on Twitter Inc (NYSE:TWTR), highlighting a few catalysts ahead for the social networking giant that could get him more constructive on the shares. Anthony rates Twitter shares a Hold, with a price target of $40, which represents a potential upside of 38% from where the stock is currently trading.

Anthony wrote, “Timing is unknown for some (hiring of a permanent CEO, marketing plan, ads on Periscope & Vine), while for others (NFL partnership, Project Lightening, auto-play video) the impact on user retention, growth and revenues remains to be seen. The business has tremendous value to its over 300M users, plus another 500M logged-out users, as evidenced by the fact that if Twitter were to disappear today, there would be no credible alternative for its public, distributive and real-time platform.”

Specifically, the analyst believes that a new permanent CEO is a catalyst the stock needs. “Whatever route the board choses, internally or externally, we believe they need to move faster to instill confidence in the stock.”, the analyst added.

Out of the 40 analysts polled by TipRanks, 25 rate Twitter Inc stock a Hold, while 15 rate the stock a Buy. With a return potential of 71.1%, the stock’s consensus target price stands at $49.56. 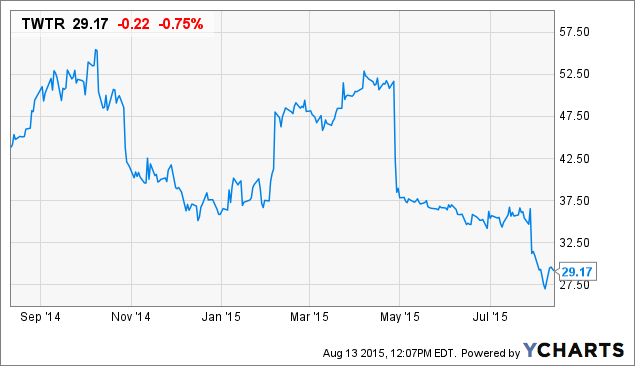