Munster wrote, “The core reason for the strong outperformance was a faster return of consumer engagement after Jumei recovered from removing 3P cosmetic products from its sites, which created headwinds in Dec-14. While this quick return was not immediately anticipated by investors, however given the nearly 100% run-up in shares since the Dec-14 report we believe investors have nearly fully come around to this conclusion. We believe that the Jumei story is strong, but at 22x ’16 EBITDA we believe shares now fully reflect the strength seen in the quarter and outlook.” 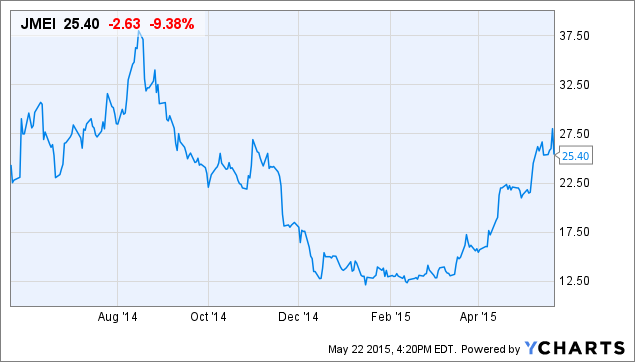