In a report sent to investors today, MLV analyst Carter Driscoll reiterated a Buy rating on Tesla Motors (NASDAQ:TSLA) with a price target of $300.00, as the company reported solid third-quarter results on strong demand for the Model S in North America and higher than expected ZEV credits.

Driscoll noted, “TSLA refuted that they have a slowdown in demand and expects a minimum of 50,000 Model S deliveries in 2015, even if they received no orders from China. However, the recent dual motor/autopilot hardware introduction is complex and will cause 4Q deliveries to be ~2,000 below target. Also, as expected, the Model X introduction was pushed out one quarter to 3Q15 to tweak what we expect will be an exceptional crossover model. Overall, the modest delays do not concern us in the face of continued strong demand for the flagship Model S. 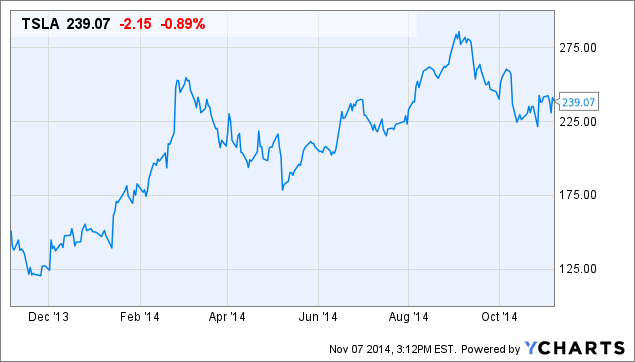