Deutsche Bank analyst Rod Lache weighed in with a few insights on Tesla Motors Inc (NASDAQ:TSLA), after the company reported first-quarter results that were stronger than expected. Tesla’s first-quarter non-GAAP EPS was ($0.36), compared to Lache at ($0.66) and consensus at ($0.49). Based on the analyst commentary, the upside was attributable to ASPs, higher gross margins, and lower than expected operating expenses.

In his research note, Mr. Lache noted, “Overall, we viewed this as relatively impressive as 400bps of seq margin improvement was achieved despite the fact that FX represented a 300-400bps seq margin headwind. We’re maintaining our Buy rating as we believe that investors underestimate Tesla’s opportunities in vehicle electrification and stationary storage.”

According to the analyst, the second-quarter deliveries and margins will be slightly lower than he expected. He wrote, “The margin trajectory is primarily related to FX, and should be corrected by the the third-quarter. We’d note that TSLA maintained their full year vehicle delivery guidance of 55,000. Based on mgmt’s commentary about the cadence of production, we believe that Model X could ramp-up more steeply than we previously thought. We view this as a positive, as a higher contribution from Model X should firm up confidence in Tesla’s full year delivery guidance.”

The analyst reiterated a Buy rating on shares of Tesla Motors Inc, with a price target of $245, which represents a slight upside potential from current levels. 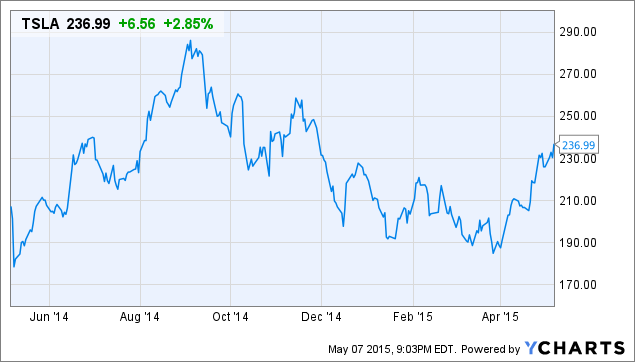