Henry noted, “Its no surprise that SGYP will have to raise considerable funds (likely in the next 6-months) to continue development and maximize the value of plecanatide. However, this overhang continues to weigh on the stock. Patient investors could be rewarded for absorbing this risk as we view plecanatide as a significantly undervalued asset within the gastrointestinal arena. We believe that this compound could have similar efficacy to FRX/IRWD’s Linzess (linaclotide) with potentially less diarrhea side effects.”

According to TipRanks.com, which measures analysts’ and bloggers’ success rate based on how their calls perform, analyst Scott Henry has a total average return of 22.2% and a 38.7% success rate. Henry is ranked #245 out of 3228 analysts. 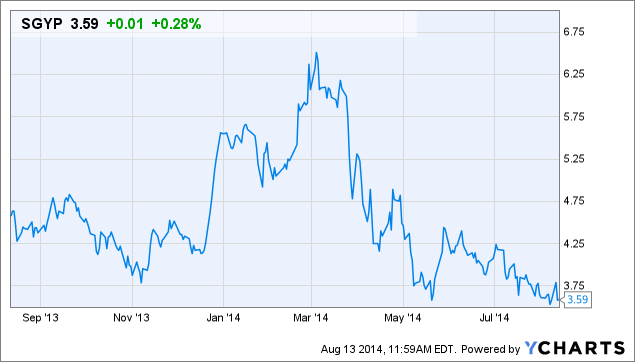