In a research report issued today, Roth Capital analyst Scott Henry reiterated a Buy rating on Synergy Pharmaceuticals (NASDAQ:SGYP), but reduced his price target to $6 (from $8.50), to reflect dilution from convertible debt.

Henry noted, “We viewed the quarter as fundamentally in-line as this seems to mostly reflect timing of spend. Cash at the end of 3Q14 was ~$33 million, which was boosted by a $200 million convertible debt offering. By our math, the company has cash into 2017.” He continued, “The two pivotal trials for plecanatide to treat chronic idiopathic constipation (CIC) should readout in 2Q15 and 3Q15 (no changes), which would allow for a New Drug Application (NDA) filing in late 2015. The IBS-C pivotals should start in late 2014, which could allow for an NDA of this indication in late 2016.”

The analyst added, “We view plecanatide as a significantly undervalued asset within the gastrointestinal arena. We believe that this compound could have similar efficacy to FRX/ IRWD’s Linzess (linaclotide) with potentially less diarrhea side effects.” 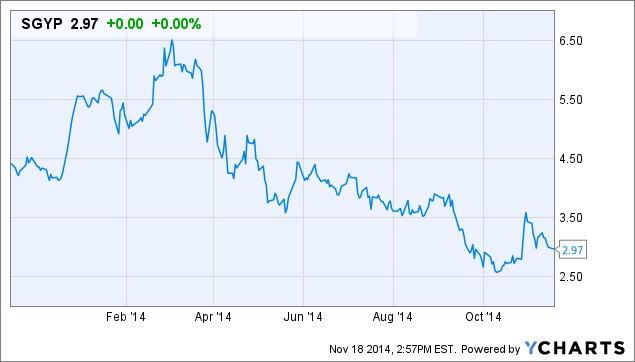