In a research report published Friday, Canaccord Genuity analyst Michael Walkley reiterated an Outperform rating on Apple Inc. (NASDAQ:AAPL) and slightly raised the price target to $150 (from $145), which implies an upside of 18.5% from current levels. The increased price target comes in response to Canaccord’s U.S. smartphone surveys that was conducted during the March quarter and indicated strong demand and high-tier market share gains for the iPhone 6/6 Plus smartphones.

“Further, we believe the strong demand and increased mix for the higher memory iPhone SKUs will continue for future iPhone upgrade cycles, driving strong ASP and gross margin trends. We believe our surveys indicate Apple will grow its iPhone installed base to half a billion during 2015, and this large base bodes well for future strong iPhone replacement sales, earnings, and cash flow generation. With our surveys indicating strong iPhone sales, we have increased our March quarter iPhone and overall Apple estimates.”, the analyst added.

Meanwhile, the countdown is on for the Apple Watch release date, which has officially been set for April 24 in select countries. The first wearable gadget from the iPhone maker, will first become available for preorders starting at 12:01 a.m. PT Friday for deliveries that will start on April 24. 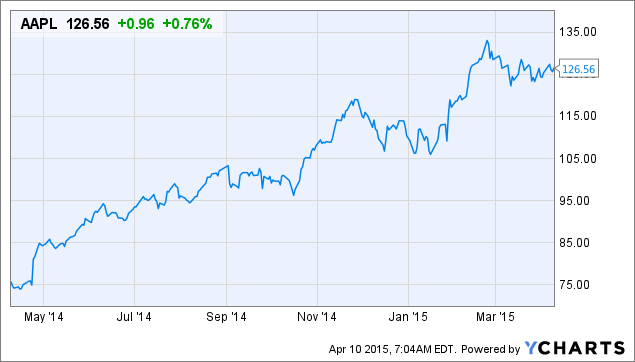