Roth Capital analyst Joseph Pantginis upgraded shares of Sunesis Pharmaceuticals (NASDAQ:SNSS) from Hold to Buy, and raised his price target to $4.30 (from $2.30), which represents a potential upside of 81% from where the stock is currently trading.

Pantginis wrote, “Following additional KOL feedback we are upgrading SNSS shares. We expect upside in the shares in 2015, however expect higher than expected volatility levels as Sunesis now looks to take the VALOR data in 1Q15.”

The analyst added, “While Sunesis faces an uphill battle regarding vosaroxin and the VALOR data, we believe shares will perform well in 2015, though expect higher than usual volatility. A meeting with the FDA is planned for 1Q15 and following that we predict an Advisory Committee resulting in a modestly positive vote supporting FDA approval in specific subgroups.” 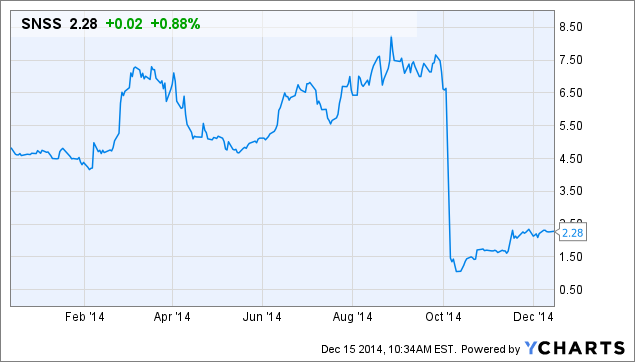