In a research report issued today, Roth Capital analyst Joseph Pantginis downgraded shares of Sunesis Pharmaceuticals (NASDAQ:SNSS) from a Buy to a Neutral rating and lowered his price target from $15 to $1.30, as the company announced that its Phase III study of vosaroxin and cytarabine in patients with r/r AML did not reach its primary endpoint of improvement in OS.

Pantginis noted, “The profound negative impact from the failure of VALOR’s primary endpoint is also felt strongly in the AML space as the company now looks to what it can salvage from the study and potential for various subpopulations. We are adjusting our model to include significant reductions in cost and believe the company is now under a restructuring watch. The company will likely manage its cash burn closely as it assesses the potential next steps and depth for its earlier stage drug candidates.”

The analyst concluded, “We believe that with, 1) a failed primary endpoint for vosaroxin’s VALOR and 2) a cloudy path forward on the regulatory front, investors should now remain on the sidelines with shares of SNSS.” 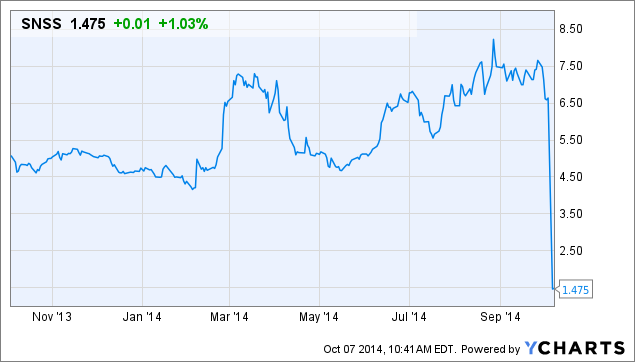