Stifel Nicolaus analyst Kevin Cassidy weighed in with a few comments on Ambarella Inc (NASDAQ:AMBA) after hosting an investor meeting with the company’s CEO, George Laplante. Cassidy maintained a Buy rating on the stock and boosted the price target to $115 (from $105), which implies an upside of 10.3% from current levels.

Following the meeting Cassidy felt he was, “more convinced that Ambarella is methodically expanding on its core competencies (video capture, compression and energy efficiency) which is increasing competitive barriers to entry.”

Furthermore, “While Ambarella’s current generation of video processors offer the highest video capture frame rate with 30% to 40% higher compression (smaller video files) at 40%-50% lower power (longer battery life) than its nearest competitor, management expects to have its next generation device in the market in 2016 with the addition of analytics. Analytics promises to increase the intelligence of a video camera.”

Out of the 13 analysts polled by TipRanks, 8 rate Ambarella stock a Buy, while 5 rate the stock a Hold. With a downside potential of 10.9%, the stock’s consensus target price stands at $92.88. 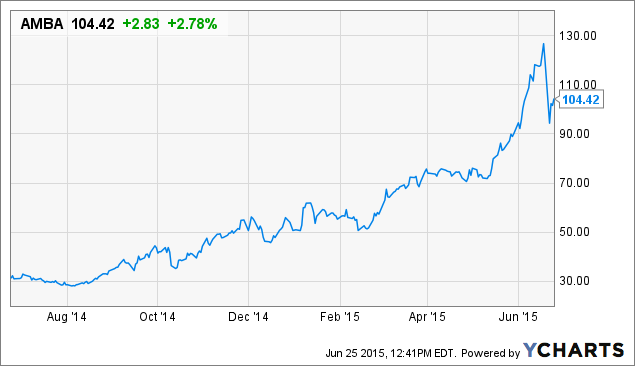