Sterne Agee analyst Peter Arment weighed in today with his views on Boeing Co (NYSE:BA) after the company announced that Dennis Muilenburg will become the new CEO, succeeding Jim McNerney who has been in the role since 2005. The analyst rates Boeing shares a Buy with a price target of $196, which represents a potential upside of 36% from where the stock is currently trading.

Arment stated, “At only 51 years of age Dennis Muilenburg provides BA with a potentially long tenure at the CEO role, which is what is required for a mega-cap industrial company that competes in very long cycle businesses in both commercial aerospace and defense end markets. Muilenburg, a 30-year BA veteran, has the breadth of experience to lead BA into the next decade. We expect no major changes in strategy in the near to intermediate term as BA focuses on making its planned rate breaks higher for the 737 and 787 production lines while managing 777 likely lower until the 777X comes on line in late 2019.”

“While we do not expect any changes in strategy over the near to intermediate term, the long term does present a few major decisions, such as: replacing the 737 production with all new narrow-body clean sheet design, address the 757 replacement market, ending the 747 production line, pivoting BDS for growth if it loses LRS-B, sizable defense acquisitions to aid growth such as Sikorsky, and cash flow use for growth vs. continued buybacks/dividends”, the analyst added.

Out of the 18 analysts polled by TipRanks, 13 rate Boeing Company stock a Buy, 4 rate the stock a Hold and 1 recommends Sell. With a return potential of 10.1%, the stock’s consensus target price stands at $159.07. 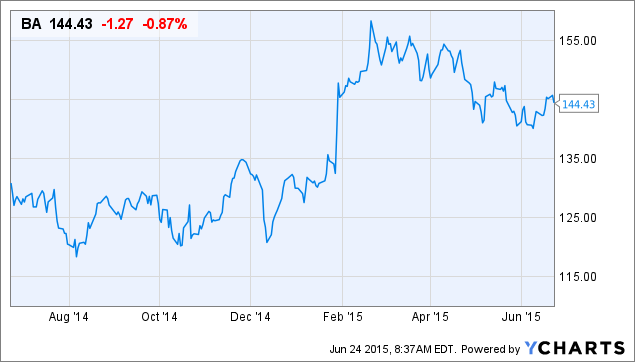