Sterne Agee Reiterates Buy On Shares Of Under Armour

Poser wrote, “UA is well on its way to becoming the solid #2 player in athletic apparel & footwear combined. Continued focus on expanding the women’s business is paying off, but a longrunway remains. Kids’ growth is outpacing the other businesses, which is important for UA to become the “it” athletic brand in 5-10 years. 4Q14 implied guidance is conservative, and assumes normalized weather. Spending is aggressive, yet controlled & necessary for ongoing growth.” 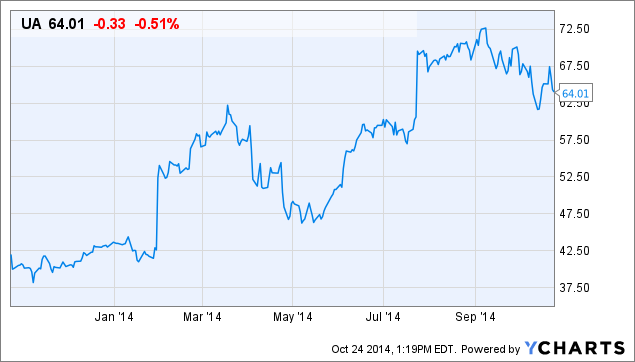