Poser wrote, “The balance of 2014 will be challenged due to a fairly directionless retail environment. The revised guidance appears to be baking in the worst case scenario for the balance of the year. SHOO executes as well if not better than anyone in the fashion space. Such execution, along with easing compares and the recent acquisitions of SM Mexico and Dolce Vita will create positive momentum as we head into 2015.” 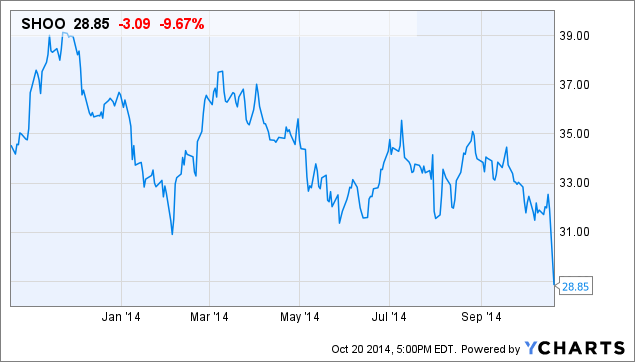