Stemline Is Poised For A Significant Increase In Visibility, Says Roth Capital

In a research report issued Monday, Roth Capital analyst Joseph Pantginis reiterated a Buy rating on Stemline Therapeutics (NASDAQ:STML) with a price target of $62, which represents a potential upside of 347% from where the stock is currently trading.

Pantginis wrote, “Following a successful IPO in January 2013, Stemline has executed on important clinical data readouts for its lead products as well as background activities in finalizing GMP manufacturing and defining potential regulatory paths. Unfortunately, in our belief, the stock has been significantly penalized with lack of “meaningful” news flow in 2014 and we expect this to quickly change as we move into 2015. We believe a dramatic value disconnect exists and reiterate our Buy rating and $62 price target. Event We are highlighting what we consider to be a dramatic value disconnect between Stemline’s current stock price and what we believe to be conservative assumptions surrounding the company’s two lead products, SL-401 and SL-701.” 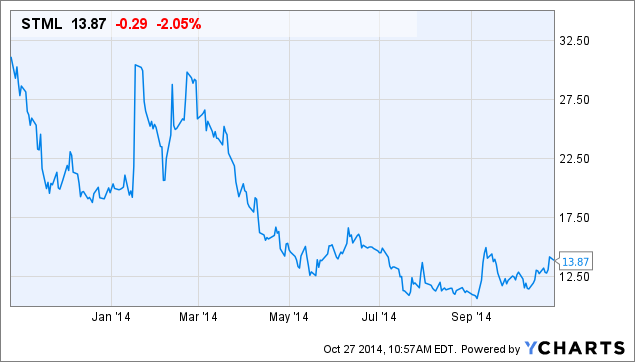 Stemline Therapeutics (STML) Gets One Step Closer to EMA Approval; Analyst Weighs in With U.S. Angle