Benjamin wrote, “A major highlight of the second quarter was the accelerated approval of Beleodaq (also called belinostat) for the treatment of patients with refractory or relapsed peripheral T-cell lymphoma (PTCL). Starting this month, Beleodaq becomes the fifth product to be incorporated into a solid portfolio of marketed oncology products including Fusilev, Zevalin, Folotyn, and Marqibo. With $135.7 MM in cash and a diverse pipeline of assets in clinical development, we believe Spectrum represents an undervalued player with significant upside for the long-term investor.” 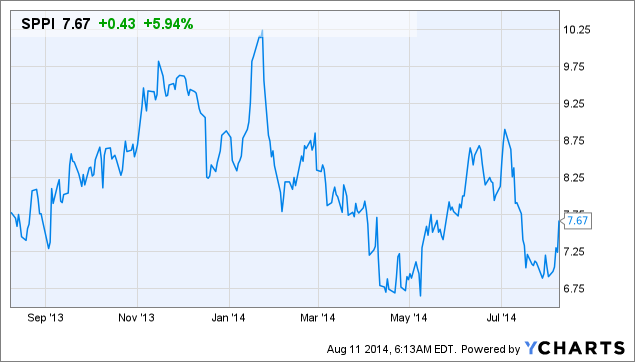