Sophiris: Interim Data Disappoints, But It Ain’t Over Yet, Says Maxim

In a research report released Tuesday, Maxim Group analyst Jason Kolbert reiterated a Buy rating on Sophiris Bio Inc (NASDAQ:SPHS), but reduced his price target to $4.00 (from $10.00), which still represents a potential upside of 665% from where the stock is currently trading.

The reports follows the news that the company’s development drug for prostate disorders failed to show effectiveness in interim results of a Phase III trial.

Kolbert noted, “While it is disappointing that the interim analysis showed no separation between active and control arms, there could be a number of potential explanations. For example, the small n-value Phase II trial could have mislead us, as often happens in clinical trials. We know that there is a fluidvolume effect of injecting along the urethra. As such, one might not expect there to be a great difference in the short term; however, as PRX302 acts to “blow up” highgrowth PSA-expressing cells, we would expect to see a widening of the curves over time.”

The analyst concluded, “We believe that there was an overreaction to the disappointing news, compounded by year-end tax-loss selling. But it’s not over yet. With a negative enterprise value of (~$18M) and $28 million in cash, the company is funded through the end of the current pivotal BPH trial (let’s see the 12-month data) and the Phase I POC prostate cancer trial. We increase our product model risk rate to 70%, from 30%, and leave our valuation risk rate at 30%. This reflects the long shot of the 12- month data still showing a 2.5 separation (especially if the placebo rate falls).” 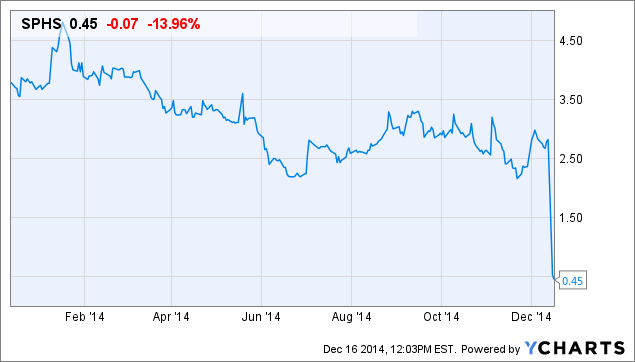